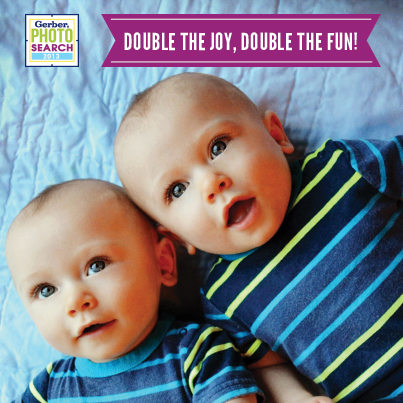 FLORHAM PARK, NJ – January 15, 2014 – Gerber announced today not one, but two new stars – Levi and Paxton Strickland from Wernersville, Pa. The entry that featured the adorable identical twins was selected as the Grand Prize winner in the Gerber Photo Search 2013 from more than 156,000 entries. Levi and Paxton’s mother will receive a $50,000 cash prize, and the twins will have a chance to appear in a future Gerber advertisement.

“We are so excited that Levi and Paxton’s photo won the Grand Prize – it still doesn’t feel real,” said Amanda Strickland, Levi and Paxton’s mother. “We feel so blessed that the boys’ photo was selected and are looking forward to putting the money aside for their college funds.”

Gerber Photo Search 2013 was hosted on Gerber’s Facebook page, where parents and guardians were invited to enter photos of their children into the search by uploading a picture during the entry period. A panel of Gerber judges reviewed the entries to find children from birth to preschool age whose photos demonstrated expressiveness and consistency with Gerber’s heritage. The photo that best met these criteria was selected as the Grand Prize winner. 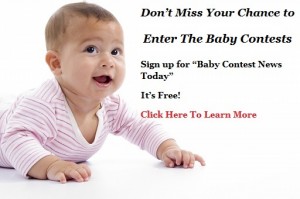 “The Gerber Photo Search celebrates our core mission at Gerber, to nourish happy, healthy babies, and recognizes that every baby is a Gerber baby,” said Bernadette Tortorella, Integrated Marketing Manager, Gerber. “There were so many entries that fit our criteria, but the judges were in awe of the Strickland twins. Now in its fourth year, this is the first time that our Gerber Photo Search Grand Prize-winning entry features twins – which makes it twice the fun!”

Each Milestone category winner will receive a 32GB Apple® iPad®, an Apple® iPad® Smart Case® cover and a $150 Apple® iTunes® gift card, which can be used to download tools, games and music for their child.

You can view the Milestone winners’ photos on the Gerber Facebook page.

Apple, iPad, Smart Case, and iTunes are registered trademarks of Apple, Inc. Apple Inc. is not a sponsor of, nor a partner in, the Gerber® Photo Search.

Except where otherwise noted, all trademarks are owned by Société des Produits Nestlé S.A., Vevey, Switzerland. ©2014

Click Here to learn more about The Gerber Baby